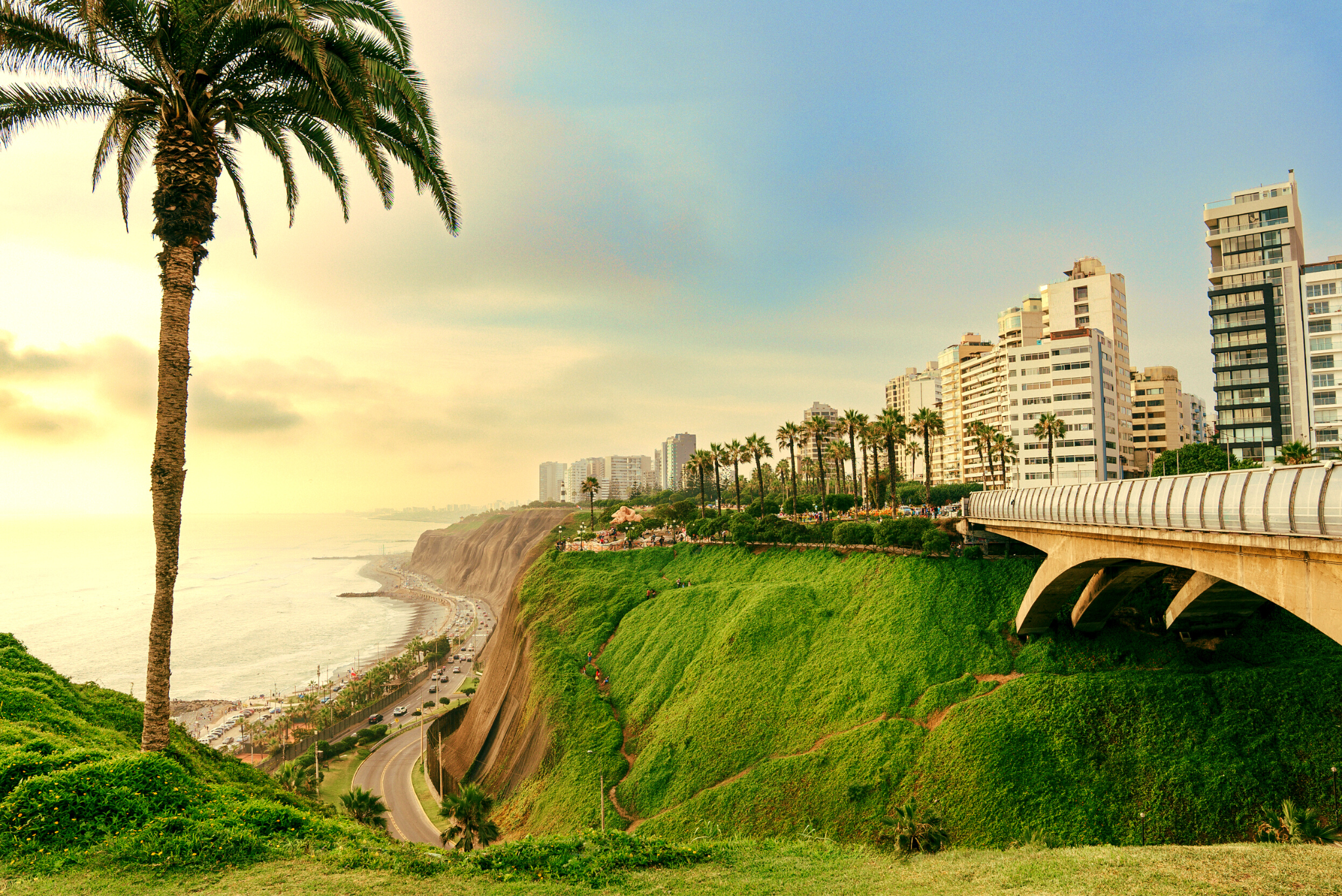 Hello, Dear reader! Peruvian Sunrise knows that your first stop in Peru will probably be in Lima and the district that you must visit is Miraflores, since it is the most known district of our capital and the most touristic as well.

Miraflores was born as a district in 1856 when the Provisional President, Ramón Castilla, considered that it was urgent to create the first municipalities. In its beginnings it was part of the district of Magdalena. The name of Miraflores is based on the Cartuja de Miraflores and that in those years the religious orders of the time had favorite saints. That is how it began to be called San Miguel de Miraflores, but later it was kept as Miraflores. In fact, in the war of the Pacific a battle took place in this district, which is called Battle of Miraflores.
With the passage of time and thanks to its location in front of the sea, this became a prosperous and modern district that should be included during your visit to Lima.

Because you can find everything: beautiful parks, huacas, important museums, modern shopping malls such as the renowned Larcomar overlooking the sea, historical vestiges, hotels with all the amenities and an extensive boardwalk whose spectacular view of the Costa Verde impacts on all networks.

Due to its geographical beauty, cosmopolitan life and cultural movement, Miraflores is the main gateway to the Peruvian capital and one of the most attractive routes to start getting to know the city.

Here are some of the places you should go if you visit the capital of Lima:

In the early 1900’s, there was a modest church in the central park. In the 1940’s the park was widened, remodeled and divided in two: Parque 7 de Junio and Parque Kennedy.

At present, the two parks have been united again under the name of Parque Central de Miraflores or Parque Kennedy, thanks to the Avenida de la Peruanidad that joins the parks where painters, sculptors, popular artists and vendors of artistic works can be found to exhibit and sell their works to the public. The Central Park of Miraflores or Parque Kennedy presents different recreational proposals for its visitors, Peruvians and foreigners.

The circuit of beaches known as La Costa Verde was in reality the dream of a man who made Lima stop living with its back to the sea and, instead, “conquer” it. More than half a century ago there was no beach. The Costa Verde in this time was a cliff with a raging sea where the violent waves of the Pacific Ocean broke.

Although two presidents had the will to build a road that would connect La Punta with Chorrillos and reach the Pan-American Highway, which in fact had a first section inaugurated in 1928, it was the architect and engineer Ernesto Aramburú, the mayor of Miraflores in 1970, who managed to make this dream come true. He would not only create a road, but also beaches where the people of Lima could spend the summer. He put in breakwaters, sand and plants from a nursery he managed to forest the cliff wall and thus make Lima have a beautiful “Costa Verde” (Green Coast).

Over the years, most of the beaches on the Costa Verde have become pebble beaches. However, it continues to be a place where Peruvians and foreigners go to stroll through its parks and boardwalks, to enjoy delicious meals in the restaurants that are located in front of the sea or even to surf, as there are several schools where they teach these sports.

Beautiful view of the Costa Verde in Miraflores As its name suggests, this park is a small and colorful refuge for couples in love. From here you have a magnificent view of the sea.
It was inaugurated in 1993 on Valentine’s Day (February 14). It is inspired by the Park Güell of Barcelona and has in the central part a sculpture called “The Kiss” of the Peruvian sculptor Víctor Delfín. The walls are decorated with mosaics showing love phrases in Spanish and Quechua, as well as names of famous couples in the history of love. One of the highlights is that couples of all ages can be seen strolling in this place, even newlyweds. In addition, every February 14, couples flock to this place and a contest for the “Longest Kiss” is held among the couples attending. The Huaca Pucllana was built in the 4th century A.D. mostly by the inhabitants of the Lima culture as a ceremonial administrative center. It is located in the middle of the modern district of Miraflores, Lima, just two kilometers from the cliffs of the Costa Verde, occupying an area of about 5 hectares, surrounded by a residential and commercial area. Due to urban growth, the archaeological zone was reduced to an area of six hectares, a little less than a third of its original extension, according to historical documents.

Since the research project began in 1981, the entire lower part of the site has been excavated, as well as approximately two-thirds of the slopes and the upper part of the main building. A large extension of these sectors is part of a signposted tourist circuit that has bridges, access ramps and conditioned paths, and whose tour, in addition, is carried out exclusively with an official guide, so as to reduce deterioration due to anthropic factors, a very important element to take into account since only in 2014 more than 90 thousand tourists were received.

It is worth mentioning that on February 6, 1987, Huaca Pucllana was declared an intangible archaeological zone and twelve years later, it was declared Cultural Heritage of the Nation.

In addition to the above mentioned, this site has a museum in its facilities, where you can see objects that were found during the excavations.

For more information, you should click here: Huaca Pucllana Information

Larcomar is a world-class shopping mall, located on a cliff overlooking the sea, which allows a spectacular view of the Pacific Ocean and the beaches of Miraflores.

It has four floors, with more than 150 stores and 72 smaller stores. In addition, there is a theater, restaurants, discotheques, a food court, a gymnasium and entertainment areas for adults and children. In addition, it has a privileged view of the Pacific Ocean and a strategic location that makes it one of the most visited shopping centers in the country, with an average of 500,000 visits per month.

Definitely a place you can not miss!

We hope you enjoyed the nice stories about Miraflores. This is a district that you will visit in your stop in Lima with Peruvian Sunrise and, as you can see, there is a lot to see. If you want to learn more about the activities you can do in Lima, check the following link: Things to do in Lima