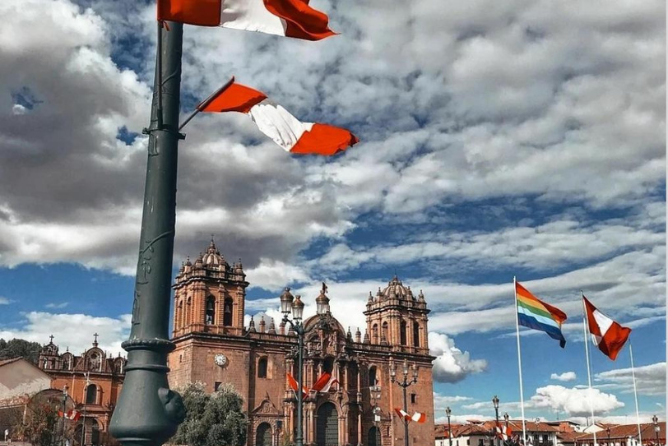 Learn all about the Independence Day holiday in Peru.

Hello, dear reader! Are you planning to travel to Peru at the end of July? You should know that the 28th and 29th are holidays!

Read on to learn more about this long holiday that you shouldn’t miss!

July is a month of celebration for the whole country.

Well, at the end of July is the celebration of Peru’s Independence Day. July is a month in which all Peruvians feel proud of our food, our music, our tourist attractions and our customs. These are two days in which we commemorate the millenary culture and the enviable biodiversity that our country has. We remember that thanks to Don Jose de San Martin all our territory, from the coasts of the Pacific Ocean to our Amazon, is free.

Enjoy the video called “Blanquirrocola” by Marca Peru, which you can watch here.

When is it celebrated?

July 28th is the central day of the celebrations for Independence Day in Peru, due to the declaration of independence made by Don Jose de San Martin in 1821. “Peru is, from this moment on, free and independent by the general will of the people and by the justice of its cause that God defends. Long live the homeland! Long live freedom! Long live independence!”. On Saturday, July 28, 1821. Before more than 16,000 souls, Don José de San Martín proclaimed the independence of Peru with an emotional speech in the Plaza de Armas in Lima. After almost 300 years of subjugation by the Spanish Empire, Peru was finally a sovereign republic. The following day, the 29th, Brazil Avenue is dyed red and white with the Fiestas Patrias Military Parade. Thousands of people congregate in the surrounding area to see the parade of the members of the Joint Command of the Armed Forces, with the Peruvian Army, the Navy and the Air Force, as well as the Red Cross and the General Fire Brigade, amidst the cheers and applause of the crowd. The 28th and 29th of July have been decreed a holiday by the government, so many citizens take advantage of this holiday to travel, rest, celebrate or go sightseeing. Also, obviously being a special date, many tourists travel to Peru on Fiestas Patrias.
.
Celebrations take place in all the cities of the country, even in remote towns. One thing you can expect to see is: The flagging of houses and buildings (you will see flags on houses and businesses), civic-military parades in the most important cities, fairs, concerts, dance shows. How does each city celebrate?

Here are a couple of examples At dawn on the 28th, the te deum ceremony (a thanksgiving ceremony) is held in the Cathedral of Lima, attended by the President of the Republic, followed by the presidential message in the Congress of the Republic. On July 29th the most outstanding act is the Great Military Parade. In addition, all over the country there are military parades, masses, gastronomic fairs, sightseeing tours, museum tours and we can also see children dressed up with their cockades on their chests and typical costumes for school parties. Red and white floods the streets of the city.

What do we recommend you to do during your trip to Peru on Independence Day? There are not only museums of history and archeology, but also museums of art and even gastronomy. These museums have many activities planned for Fiestas Patrias, in addition to their tours.

Thank you very much for reading! As you can see, there are many programmed activities and places to visit on Fiestas Patrias that you can do on your trip to Peru. Many of these are open to the public so there is no excuse to enjoy them.

We are sure this information will be very useful for your trip to Peru for Independence Day. If you have any doubts, questions or need more information to make up your mind about visiting our country, contact us!

Mysteries and unknowns about Machu Picchu Discover the mysteries behind this wonder of the world.…