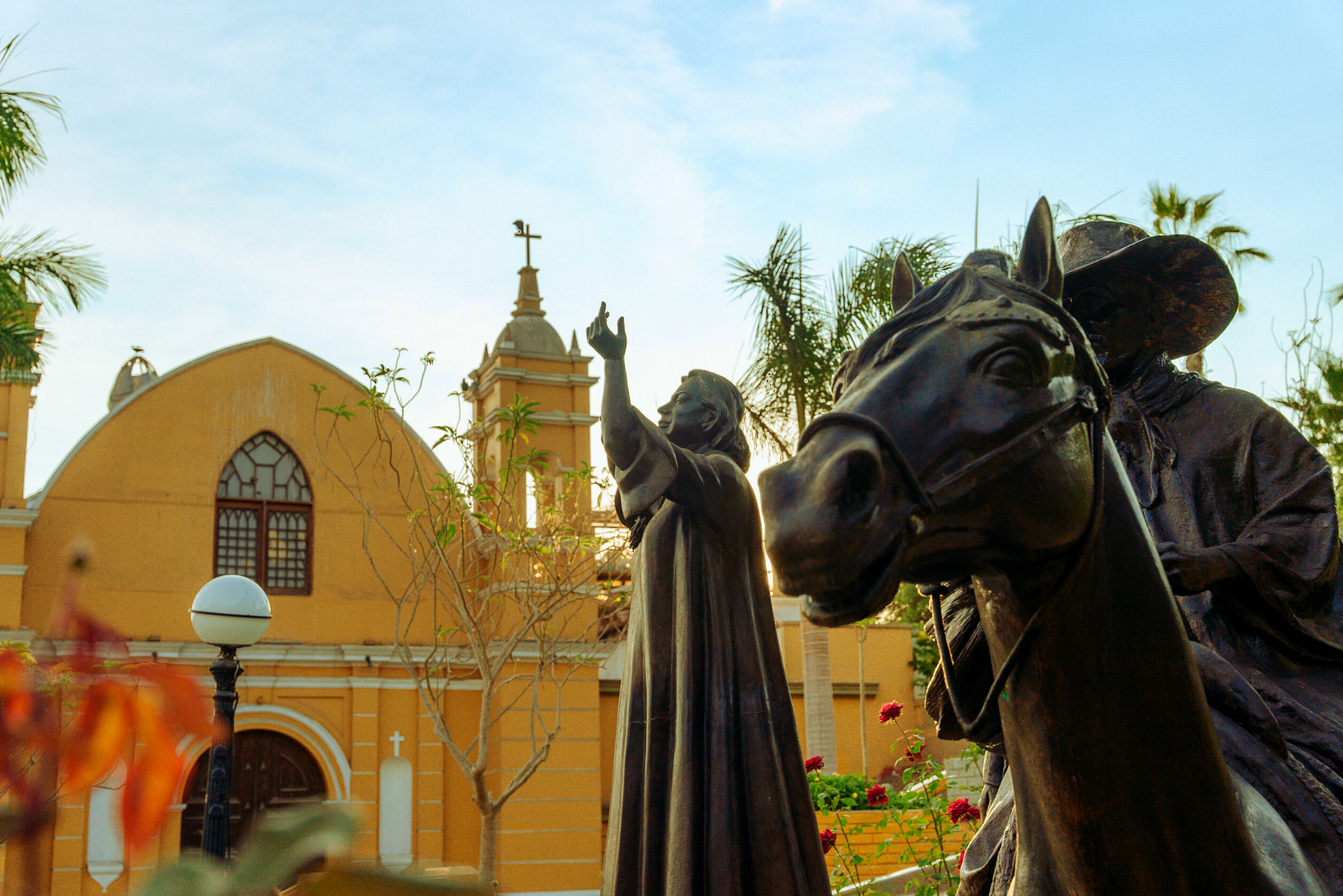 Discover the stories behind one of the most visited tourist districts in Lima:

Hello, Dear reader! In this opportunity, Peruvian Sunrise shares some interesting information about this beautiful district with you.

Barranco has a miraculous origin due to the appearance of a luminous cross on one of the ravines overlooking the sea, which guided a group of fishermen from Surco. Later, a baker named Caicedo built the first chapel in gratitude to the Lord of Barranco, who performed the miracle of saving his wife, who was in serious condition.
During colonial times, this area was one of the most visited places by the spaniards and mestizos, who on horseback or in elegant carriages sought to spend a day among the fruit trees and farms, watching the sea horizon.

The Lima-Chorrillos railroad passed through this district and thanks to this, on October 26, 1874, the District of Barranco was created. In 1881, this district was set on fire by the Chilean army during the War of the Pacific. For this reason, on June 14, 1962, the sacrifice of the city is recognized and it is recognized as one of the “Heroic Cities”, together with Chorrillos and Miraflores (Source: Barranco Municipality).

Next, learn about the history of the tourist attractions of this artistic and bohemian district:

La Ermita is an old chapel located in the district of Barranco. The church was built with adobe and quincha in the second half of the eighteenth century, as mentioned above, by Caicedo, a baker married to a devotee of the cross that was venerated there.

During the War of the Pacific, in 1881, the Ermita was burned and looted. In 1882, it was rebuilt in a neo-Gothic style thanks to different donations and public collections, which gave it the name of “Templo de la Santísima Cruz” (Temple of the Holy Cross). However, the old Temple of La Ermita was seriously damaged after the earthquake that devastated the central coast of Lima in 1940, so it was necessary to close it. In the year 1941, in the face of the rumbling attitude of the parish, the mayor of the district considered the need to build a new temple: The Parish of the Holy Cross of Barranco, which is currently located in front of the municipal park of Barranco.

In the 18th century some fishermen were lost in the sea that was in front of the area where the bridge of sighs rises. They were in total darkness and with little hope of getting out alive, when suddenly, a strange light was lit in the place where the historic hermitage of Barranco rests today.
It was this light that guided them and saved them from certain death. The devout fishermen quickly spread the word about the miracle that had saved them and soon the religious authorities agreed to the construction of the hermitage, as it had become a place of pilgrimage.
It was the hermitage that later led to the construction of the Bridge of Sighs, since it was necessary to go easily to the Hermitage.

The Bridge of Sighs is a touristic and romantic icon of the Barranco district.
The bridge was initially built in 1876 and inaugurated on February 14 of the same year, an emblematic date that seemed to prophesize the romantic aura that would envelop it some time later. In fact, it is said that whoever crosses the bridge while holding their breath will have their wish granted.
Its construction was not due to a tourist or ornamental purpose, but to a need: to be a link for the large number of devotees who came to the Hermitage. Many devotees walked along what is now Ayacucho Street to get to the Hermitage of Barranco, but they encountered a gorge that prevented them from passing, which is why they were forced to walk the entire length of the gorge, a journey that took them hours. For this reason, the authorities decided to build a bridge over the ravine that would unite Ayacucho Street with the Hermitage forever. This had a special connotation for the devotees, because the Bridge of Sighs meant for them a more direct way to Christ.
It was destroyed and burned in the War of the Pacific and after that it has undergone a series of reconstructions until today, being part of the tourist icons of Lima.

A young woman from Barranco, daughter of a very rich man, had been forbidden to see her beloved, since he was humble and worked as a street sweeper. For this reason, the heartbroken girl would stand at her window and sigh in sorrow and melancholy, so much so that people passing by the bridge could hear her sighs.

Despite being born in Apurimac, this renowned national artist lived in Barranco and ‘La flor de la canela’ and ‘El puente de los suspiros’ are two of the songs that Chabuca Granda wrote inspired by this district.
The Bridge of Sighs, thanks to the fame gained by her songs, has become one of the most visited sites by foreign tourists and a meeting point for the country’s romantics. For this reason, in this district a small square was created in honor of the singer, which is located next to the bridge of sighs and has two monuments: The one of Chabuca Granda and the one of the chalán José Antonio Lavalle, to whom she dedicated the song ‘José Antonio’. The sculptures were made in stone and by the artist Fausto Jaulis.

This was built at the end of the XIX century, with the purpose of giving access to the seashore, since due to the construction of La Ermita Church, the original road was closed. This road for the native Barranquinos was originally located between Abregu and Sucre Street, a street that was a natural path for centuries to reach the sea, since it had been flattened and had little inclination, leading to a wide terrain that reached the beaches.
At that time the Puente de los Suspiros (Bridge of Sighs) was built to connect both ends of the Abregú and Ayacucho streets.
Under this bridge was the ravine currently known as “Bajada de Baños”, a road that remains as in its beginnings, paved, as well as the old street La Ermita, which leads to the tourist attraction of the same name.

The years went by and this ravine was populated by families of fishermen and poor merchants, who made their picturesque houses of cane, wood and mud in this area, since the old market of Barranco was located nearby, on Domeyer Street.
This humble area was supplied with water from the streams that gushed from the hillsides, since it did not have basic services.
Due to the truncated slope of the cliff at Bajada de los Baños, a road was built on the edge of the hill, which can still be seen today:

At the end of the 19th century, the Barranco district became the fashionable seaside resort, so both rustic ranches and elegant mansions that served as summer homes began to be built in the Bajada de los Baños itself, as well as the surrounding streets such as La Ermita, Abregu, Sucre and Domeyer. Because of this, a funicular was installed and inaugurated on July 28th, 1896, which transported 24 people to the Barranco Beaches. (Fátima Rodriguez’s Blog)

If you are interested in knowing more and to see photos of how this old area of Barranco used to be, you can go to the following link: Bajada de Baños

In the old days, in what is now known as “La Costa Verde” in Barranco, there were two steps that led to beautiful environments such as a gazebo, which was used as a food court and where you could listen to live music. Along the steps, there were lanterns and wooden benches, as well as stairs and ropes that allowed safe access to the sea. (Source: Fátima Rodriguez’s Blog)

Unfortunately, these constructions were demolished by the mayor, but this is the view that you can find today: We hope you enjoyed the nice stories about Barranco. This is a district that you will visit in your trip with Peruvian Sunrise and, as you can see, its streets have a lot of history to tell