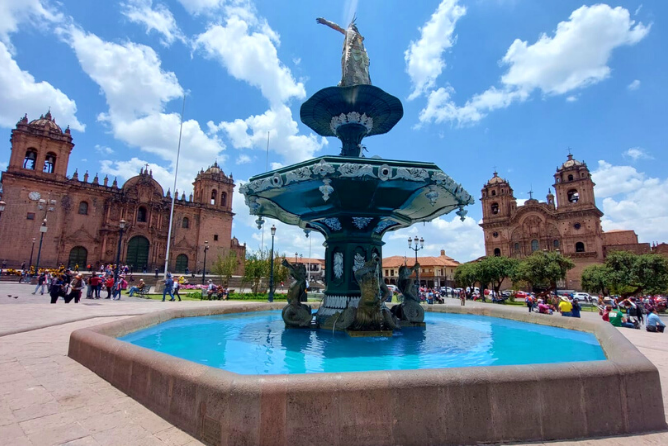 Hello, dear reader, we know you have plans to travel to Cusco soon and you are looking for information about everything you need to know before traveling to the capital of the ancient Inca empire. That’s why, this time we will share with you some very necessary information that you probably haven’t been told before about an important part of the city: the streets of Cusco.

Read on and find out important facts, curiosities and more!

It is very likely that you have not heard about this curious fact and that you have not imagined it either. Although most would think that the streets of Cusco are in Spanish or even English, due to the large number of tourists from around the world who come to this city, this is not so, since at least the streets of the historic center of Cusco are in Quechua language. When translated, they transport you to another era, they make you think of all those stories that happened in the place and gave that name to the street. 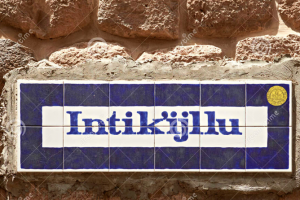 Don’t worry, the streets in the Historic Center are small and low level, so you can always use one of the churches or important buildings that are located in the main square as guides. A solution if your memory is not so good at remembering names or you are not the best at locating yourself is that you can ask for the name of the street in Spanish, take a note, take a picture or if you have internet, or search on google, where you will easily find the translation and it will be easier for you.

Yes, the streets of Cusco have interesting enigmas like 7 of them have the number 7 in their name, as is the case of the Calle 7 borreguitos or 7 culebras. Here we tell you a little more about them.

This street is very picturesque sloping. It has this name because it was the route used by the locals to move with their bundles and animals, including sheep. Siete Borreguitos goes down from the Pumacurco slope to Choquechaca Street.

It is located in the neighborhood of San Blas, joining the streets Tandapata and Carmen Alto. Where does the name come from? From the figure of seven angels painted on the roof of an old mansion by order of Blas de Bobadilla, a resident of the area. Seeing them is a challenge because of their small size, but not impossible.

And as everything must have a balance, Siete Diablitos Street could not be missed. Located one block away from Siete Angelitos, a singular character will greet you. Can you imagine what it is? It is said that couples were tempted by the devil and hid in this beautiful cobblestone street, far from the sight of the locals.

Starting from the Plazoleta Nazarenas, this very picturesque cobblestone alley extends. The name is given by the 14 snakes carved in the stone, seven on each side. It was formerly known as Amaru Ccatta (Amaru is Quechua for snake). 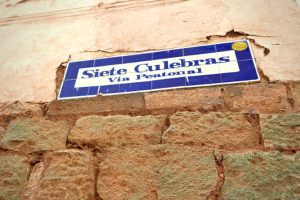 Formerly, this was the site of the convent of San Agustín and it stood out for having seven windows. Although today the place has been transformed, the name remains. You can find it in the neighborhood of San Blas, as a continuation of Runas Street.

Siete Cuartones is located one block from the Plaza de Armas. It received its name because of the seven stone beams or cuartones that were aligned on the riverbed of the Saphy River that used to pass by there. Today only one remains, right at the intersection with Saphy Street.

It is the only street that is outside the historic center, in the neighborhood of Santiago. It is named after an old inhabitant, Mr. Mascareñas, who with his six children worked smelting copper to make all kinds of things, from ornaments for church doors to nails used in construction.

Many of the streets in the historic center of Cusco are completely cobblestone. In fact, not only the floor is made of stones, but also the walls.

The main characteristics of Inca architecture were the perfect assembly of the stone blocks and the quality with which they were polished. The Inca Civilization did not know iron, so the quality of their work was achieved with the extraordinary knowledge of lithic material, and using simple tools. 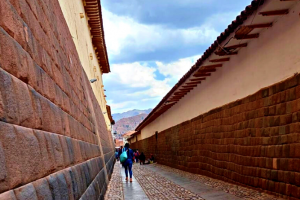 It is assumed that the construction of the main works of Inca architecture demanded enormous amounts of labor, which generally came from the people conquered by the Empire. This demonstrates a very high degree of social organization.

Cusco stands out for the sobriety of its earthquake-proof walls, very frequent in this territory.

A clear example is the cobblestone of Hatun Rumiyoc street, where the Stone of the 12 angles is located. The latter is one of the most popular attractions in the city of Cusco. It is a huge polished stone, which fits perfectly in each of its corners with the rest of the stones that form the wall. The visit to this place is free of charge.

In Inca times, most of Cusco’s street buildings had thatched roofs, usually with only one story. As this area is a national cultural heritage site, the actual governments maintain this and, in fact, people can’t build buildings with more than 2 floors and basements in the Historic Center of Cusco. In addition, something that has continued in this area is the narrow streets, as in Inca times.

Division of the City:

Cusco was organized in two halves: hanan (above) and hurin (below). In turn, each half was divided in two. Each quarter was related to one of the four regions of the empire: Chinchaysuyo, Collasuyo, Antisuyo and Contisuyo.

It is said that the city of Cusco is shaped like a puma, an animal that symbolizes the power of the earth.
The head of the puma was the temple of Saqsaywaman. Two rivers delineated the body. The main plaza, Hawkaypata, was the womb. Only the high ranking inhabitants lived inside the puma’s silhouette, while the rest resided outside. Nowadays, you can still see the puma in some parts of the constructions. 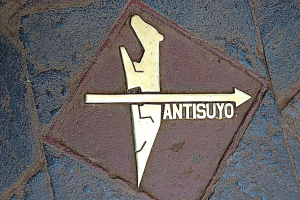 We are sure this information will be very interesting to know for your trip to Peru, especially when you go sightseeing through the streets of Cusco. If you have any doubts, questions or need more information about our country, don’t hesitate to contact us!