• Watch the Sunset on the Pacific Ocean in Lima and enjoy the city’s stunning architecture.

• Be dazzled by the unparalleled beauty of the Sacred Valley and its ancient Incan monuments and villages.

• Explore Cusco, the Capital of the Incan Empire and discover its awe – inspiring streets and Pre-Hispanic buildings.

• Savor Peruvian cuisine, with its exquisite and unique flavors. It has been recognized around the world as some of the finest there is.

• Discover the most spectacular of the Incan sites and one of the seven wonders of the world, Machu Picchu.

•  You will feel on the top of the world! 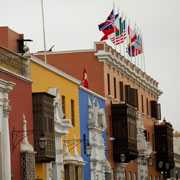 Upon your arrival at Trujillo, you will be welcomed by one of our representatives, who will provide a brief introduction to the city and our services while driving you to your hotel. In the afternoon we will start with a visit to Trujillo, also known as the City of the Everlasting Spring.

We will begin with a visit to the Main square, which is surrounded by the Trujillo Cathedral and restored 17th-century colonial mansions such as: Casa Urquiaga and Casa Risco, which houses the Museum of Archaeology. Afterwards, you will visit the Wall of Trujillo, a defensive construction built in the 17th-century to protect Trujillo against pirate attacks.

We will proceed by visiting the Huaca Dragon, an important ceremonial temple from the Moche Culture. This complex was once a large religious, administrative and ceremonial center constructed of adobe. It contains many beautifully preserved murals depicting human figures as natural phenomena, such as rainbows. 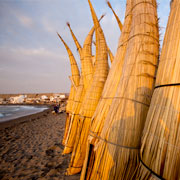 Today we will start out by visiting the Huaca of the Moon, a Moche Complex comprising overlapping temples. Tombs with over 40 sacrificed warriors were found here. Its strong adobe surfaces are complemented by large multi-colored murals, where the face of the Moche God, Aia Apaek, is depicted.

Next, we will visit Huanchaco Beach, one of the most popular beaches in the North Pacific Coast of Peru. There we will be able to see “Caballitos de Totora” boats, used for fishing and one of the earliest known forms of surfing. Here we will enjoy a traditional lunch.

After lunch, we will proceed to the Chan Chan Complex, known as the largest mud-brick citadel in the world. A UNESCO Archaeological World Heritage Site, built by the ancient Chimú Kingdom that features a marvelous rectangular architecture comprised of inner patios, residences, administrative buildings, temples and platforms. The walls are decorated with haut-relief friezes of geometric and animal figures. 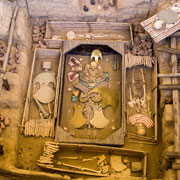 Early in the morning, we will head off to Chiclayo. On the way we will visit Huaca El Brujo, where we will learn about one of the most fascinating discoveries in Peru’s Archaeology, “The Lady of Cao”, also known as the Tattooed Lady. This is why some scholars believe that she could have been the first female governor of the ancient Peru.

Continuing our journey you will visit Huaca Rajada. An archaeological complex located in the Lambayeque valley. It is a ceremonial place built by the Moche culture which was used as a cemetery of the highest rank within Moche culture. This is where the tomb of the Lord of Sipán was discovered. This tomb represents an extremely complex archaeological find. It includes many ceremonial offerings that were to accompany him in the afterlife as well as many items of clothing and insignias that marked his high status. The richness of this tomb is compared to that of king Tutankhamun in Egypt. 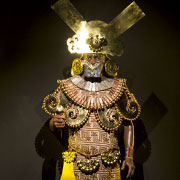 Today we will start a fascinating journey through Peru’s most important archaeological discoveries of all times. We will start this tour by visiting The Sican Museum, where we will learn different daily aspects of the Sicán people in addition to fascinating displays of the tombs of the Sicán nobility. Then you will proceed to visit Túcume Pyramids, one of the main pre-Inca complexes in the coast of Peru. This amazing complex is made up of dozens of adobe mud-brick pyramids built around the sacred Mount La Raya.

Northem cuisine is very famous by its delicious taste and traditional ingredients. In the afternoon you will enjoy Fiesta Restaurant, one of the most renowned restaurants in the country.

In the afternoon we will head to The Royal Tombs of Sipán Museum, well known as the best museum in South America by its archaeological importance. This modern museum boasts the shape of a pyramid and showcases the legacy of the Lord of Sipan, one of the most important leaders of Mochica Culture. The museum contains an incredible array of jewels, emblems and ornaments. 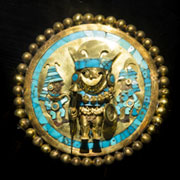 In the morning you will be transferred to the Chiclayo airport to take our flight back to Lima and connect with your international flight home.

Let us plan you most incredible Peru trip.

We use cookies to ensure that we give you the best experience on our website. If you continue to use this site we will assume that you are happy with it.Ok