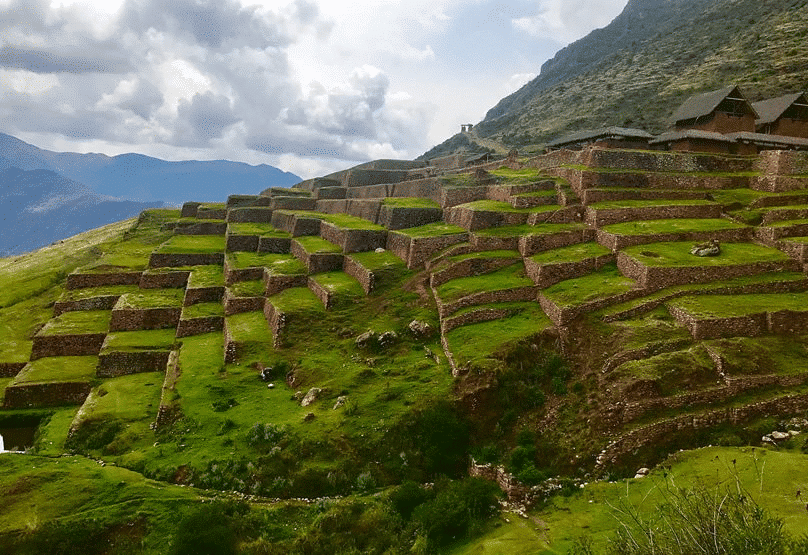 Discover the most spectacular of the Incan sites and one of the seven wonders of the world, Machu Picchu.
You will feel on the top of the world!
Explore Cusco, the Capital of the Incan Empire and discover its awe – inspiring streets and Pre-Hispanic buildings.
Watch the Sunset on the Pacific Ocean in Lima and enjoy the city’s stunning architecture.
Savor Peruvian cuisine, with its exquisite and unique flavors. It has been recognized around the world as some of the finest there is.
Be dazzled by the unparalleled beauty of the Sacred Valley and its ancient Incan monuments and villages.

Huchuy Qosqo- Arriving to the Ruins

We start off at 6:00 am in the morning with a drive through the Sacred Valley. We arrive at Lake Qoricocha (13,799 ft / 4200 m) where we will start our trek. The first part of the day is a gradual uphill hike on a well preserved Inca trail until we arrive for a breathtaking view high above the lake from where we started. Make sure to bring your camera for all of the amazing landscapes and views that we will see as we make our way to the ruins.

As we continue on, the hits keep on coming with 360º views of an impressive valley and mirrored lake. Upon arrival to the “abra” or summit, we can take a moment at the “Apacheta” or a place of offering, and give thanks to the “Pacha Mama” or Mother Earth and also ask for good luck and protection during our travels. Here you can place a stone or other offering to ensure that you will have the favor of the gods.

As we start our descent to the ruins, you will most likely see herds of Alpaca as they exist in their natural habitat. As we get closer to the ruins don’t be surprised to share the trail, for a short while, with herds of sheep. This little visited ruin site, known as “Little Cusco” , functions the same way it did hundreds of years ago with herders and farmers performing their daily duties. Here we will have lunch, recharge our batteries and take in some of the most astonishing views high above the Sacred Valley.

Afterwards, we will explore the extensive and mysterious ruin site. Little is known about the ruins, but the detail in the construction and its location suggest that it had a significant importance. It is said to have been built by the eighth Inca, Wiracocha and used as some sort of royal retreat. Its impressuve views of the Sacred Valley would pay homage to this theory. The Spanish conquered the site and made their own installations, but much of the original site remains intact today.

We will then make our way down an ancient Inca trail and arrive to the valley floor and the River Vilcanota en La May at approximately 4:00 pm. From here we will take a private transport back to Cusco or your next destination.

Price per person (based on 2 people)

WE CARE ABOUT YOUR HEALTH AND SAFETY